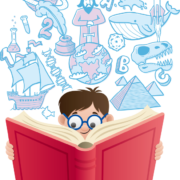 On November 2nd, this Tampa Area literature festival was held on the Lee Academy campus.  Created by the Artists and Writers Group, Deep Carnivale featured  published authors, poets, scriptwriters, and artists from the area sharing and discussing their work with the audience, including conversations about writing, storytelling and related topics.  Campus venues will included Lee Academy’s outdoor stage, its lakefront deck and  multipurpose room, where some authors and filmmakers projected digital images related to their presentation.  Deep Carnivale also included readings by Lee Academy students, including a special homage to the important American poet Mary Oliver, who died in January. The festival was free and open to the public, who were able to enjoy our students and the following local artists:

Paul Wilborn discussed and read from his new book about Ybor City, CIGAR CITY: TALES FROM A 1980s CREATIVE GHETTO. David Audet showed some of his photographs that illustrated the book.

Ben Montgomery (Tampa Bay Times reporter and author) discussed GRANDMA GATEWOOD’S WALK: THE INSPIRING STORY OF THE WOMAN WHO SAVED THE APPALACHIAN TRAIL, winner of the 2014 National Outdoor Book Award for History/Biography. In 2010, he was a finalist for the Pulitzer Prize in local reporting and won awards for a series for Tampa Bay Times, “For Their Own Good,” about abuse at Dozier, Florida’s oldest reform school.

Bob Gonzalez (University of Tampa, head of theater program) performed NONSENSE with one of his students and discussed the Dadaist influence on language and art in the early 20th century